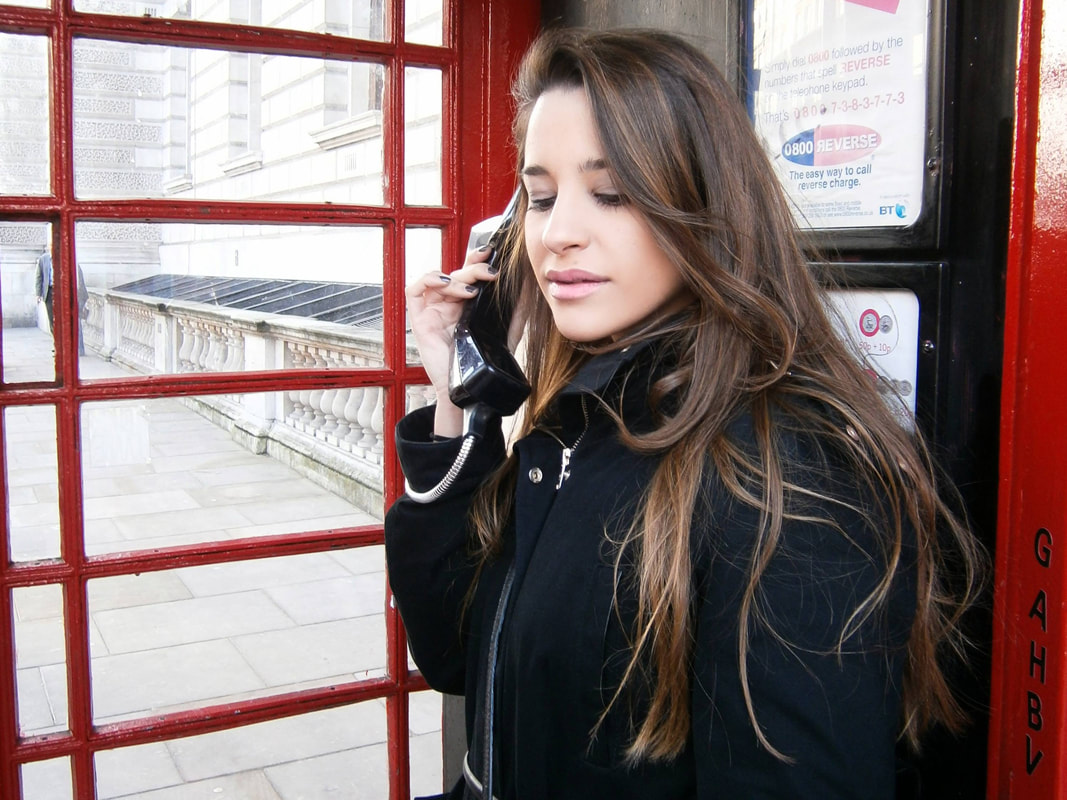 London was not just a travel, London was an artistic experience. I lived in Palmers Green, Enfield, with my best friend (Theo) for six months and felt myself growing as a person.

The header of this page​ is a photo of me sitting on a log on the ground, that I later photoshopped into a lake. All those things were in the Broomfield Park which was a huge park in Palmers Green, straight out of a fairytale. I went to London to study for my Master's degree in photography and it came at a time where I needed to run away from home for a while. The picture above is called "Away"; I poured my soul into this one, every single emotion I had at the time was captured there and is one of my favorite pictures I have ever taken.

​That was London, for me. It came at a time I needed it the most and it changed me. Most of the pictures in London's gallery are like a journal of my life there.

1. First of all you don't know what a tea shop is unless you've eaten at Baskervilles Tea Shop in Palmers Green. Possibly the best scones I've eaten, served with cream cheese and marmalade but it had plenty of other baked goods as well.

2. Palmers Green was, like, the suburbia. Think, if "Desperate Housewives" were shot in London, their neighborhood would be the one I was living in. It had thousands of little corners and spots that inspired you every day. ​

4. When you live with Theo and her boyfriend who's a tenor, (and I learn now he's a baritone, no idea what's the difference) you can expect a lot of "La Donna È Mobile" around the house. No problem with that. I've also been to a Conservatory Concert because the tenor is, naturally, a music teacher. Another new experience.

5. Camden Town is sublime, especially if you visit it on a night of the weekend, when the market takes place. Street food heaven and if you go a bit earlier (late afternoon) you can catch the flea market as well. I spent my 24th birthday in Camden, eating strawberries with chocolate and hot dogs and it was one of the best birthdays I ever had.

6. On the eve of my 24th birthday I took my closest friends at Frankie & Benny's at a mall and some of my friends teased me for that but I was genuinely happy about it. My birthday at a mall? YES!

7. Coming from a country that doesn't celebrate Halloween, Halloween in London is an experience. I was walking around in subway stations and in neighborhoods wearing a mask and a cape (see gallery above) and no one cared. New experiences. The amount of people downtown on Halloween is frightening, which is appropriate for the occasion. Also, you hear kids trick or treating in your neighborhood, you shut the windows and turn off the lights.

8. Cambridge is surreal! Seriously, a friend of ours was studying at Cambridge at the time so the tenor drove us there. You have to live Cambridge. You also have to visit Hardy's, which is as if it has Willy Wonka as the owner and you'll probably leave with a dozen bags and 1000 calories. Go for a boat trip in the river but if its winter keep in mind that you will feel as if you've been dropped in iced water. And if you have time walk between the buildings and the University (walk like you own the place, I was told), you will live in "Harry Potter".

9. On a cold day, you have to try the chocolate spoons from Whittard. It's a small wooden spoon that has a small brick of chocolate (milk, dark,  milk with caramel etc). that melts when you dip it in hot milk. You will thank me.

10. It was always cold, you know it's London. But the first time it snowed felt magical. It never snows in my city in Cyprus, so imagine how I felt when at 2am, in Palmers Green, I looked outside my window to see the streets and the cars covered in snow. I ran outside with my camera, that goes without question.

So, London has inspired me in every aspect. The way I take picture is different, the way I think has changed. I squeezed six months in 10 points but it was so much more than that.

And I'm a cheesy guy, so here's the song stuck in my head when I first arrived in London: