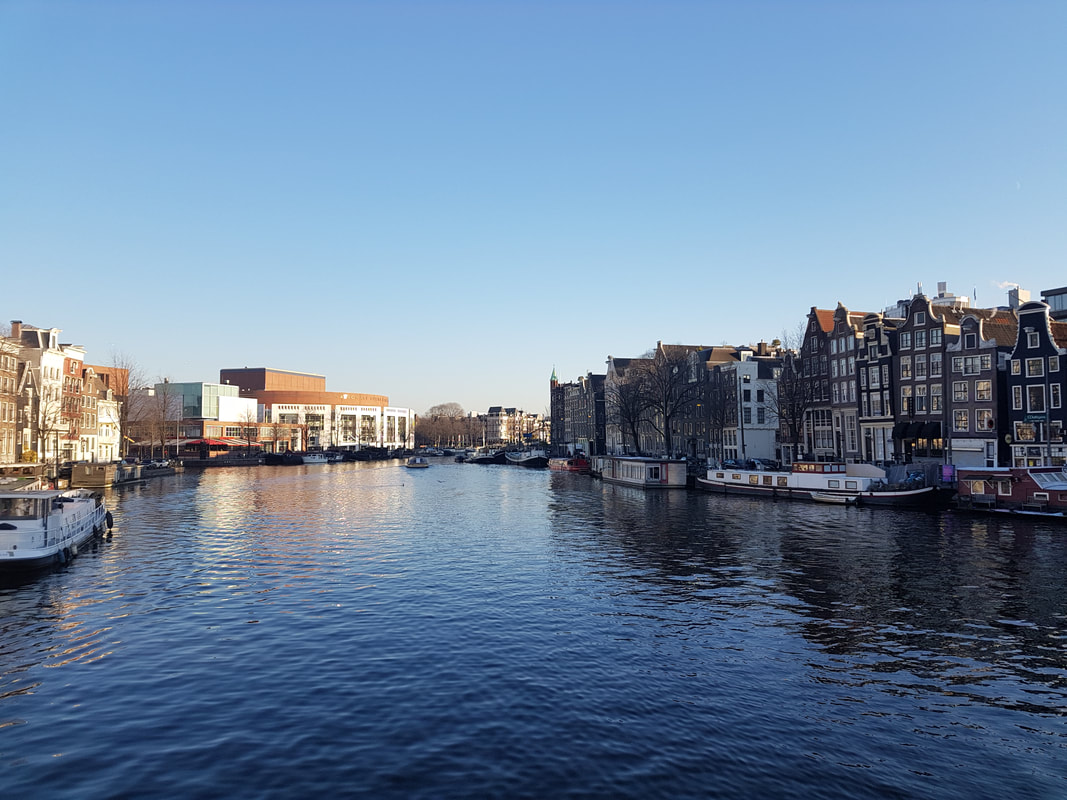 Amsterdam is misunderstood, let's just start with that.

I decided to visit the capital of Netherlands, knowing only what other people know of Amsterdam: it's fun and parties and, well, coffee shops. So the idea of visiting it with my best friend, Frenchie, felt ideal (I don't know why though, we're both a bit boring).

It was December 2016. I landed at Schiphol Airport and met with Frenchie (boy it's a huge airport, I was exhausted just by looking for the way out). We got to Corendon Hotel which is around 4km far from the museums and the huge I Amsterdam letters that we all wanna take a picture at. The hotel was great, and it has a small bakery inside of it (I know right?!), everything was clean and everyone was polite.

The room was small but nice, with a great big window.

The above is a picture I took of Frenchie in our room. I like it a lot; it's those first minutes after you get into your hotel, after a plane trip, where you just sit on the bed and slowly let the stress leave your body. Yeah, he's going to ask me to take it down, I will keep you posted.

The next day, we made our first steps at the Museum Square, between the enormous Van Gogh museum and the MOCO. That's where the I Amsterdam sign is and at the time there was an ice skating ring and about two thousand people trying to take a picture while sitting on standing by the famous letters. We waited. And then we waited a bit more and then we went to MOCO because, hey, art. 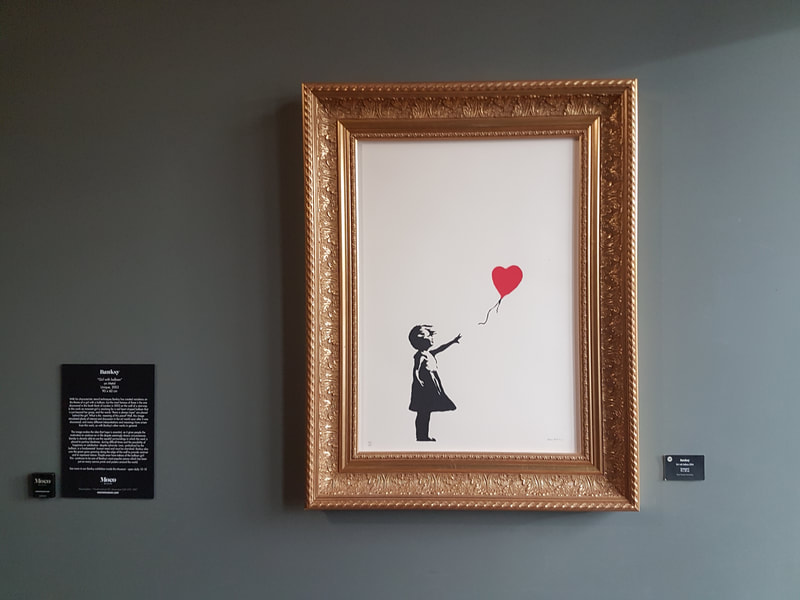 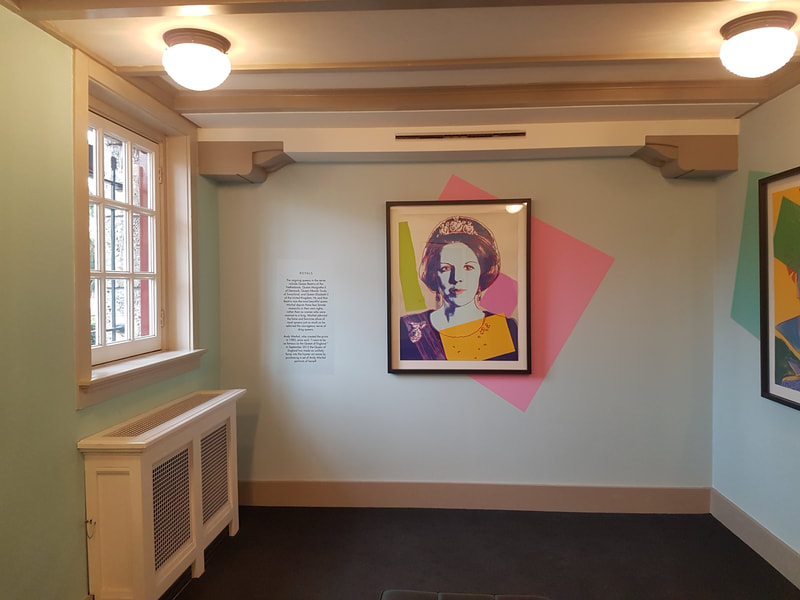 ​It's impossible for me to describe how much I love the "Balloon" picture. Banky's paintings are always open for interpretation, so I choose to match this one with sadness for the hope that feels lost. In general, MOCO is full of pictures like this.. It's full of colors and light and emotions, you leave and feel a bit fuller. Extra info: the museum is open 24/7, you pay around €12 each for the ticket and you get a wrapped candy for free and I appreciated that.

Banksy was on the ground floor and Warhol on the basement along with a dark room with red / purple lights that had the SWAT van (see gallery above). I also think pictures were not allowed, but alas.

But let's stop being so poetic, the Museum Square was still full of people.

The pictures we took at the sign were disappointing and, of course, crowded. We did find out a tiny "secret" later on, I will get to that later.

For the next hour we walked down towards the flowers' market and let me tell you, you are not prepared for the bliss you will feel. Small shops, pop up stores, art shops, nature, galleries and the river that passes through the whole city center (I want to say it's Amstel?, but don't take my word for it), peaceful people walking around, it was Saturday after all.

Coffee Shops and "coffee" are not that common, actually. To be honest, what we realized walking through the city was that Amsterdam is a big, fat art center. It's everything art and more, it's peace, it's freedom. We ate a killer burger at Lombardo's (see gallery below), we did visit a coffee shop and walked in the alleys with our "coffee" and absolutely no one cared. People mind their own business in Amsterdam, twelve points to Amsterdam.

We spent Saturday downtown, and we did have quite a lot of "coffee" and some cocktails, terrible decision if you ask me. Midnight train ride back to the hotel was awkward and, naturally, we got off the train at the wrong stop. The Earth was spinning in fast forward. Between making sure Frenchie was okay and trying to make the world stop going so fast, I really wanted to walk across, set my phone on timer and take a picture of us because that whole moment felt straight out of a movie.

But I didn't. And the next train came soon. ​ 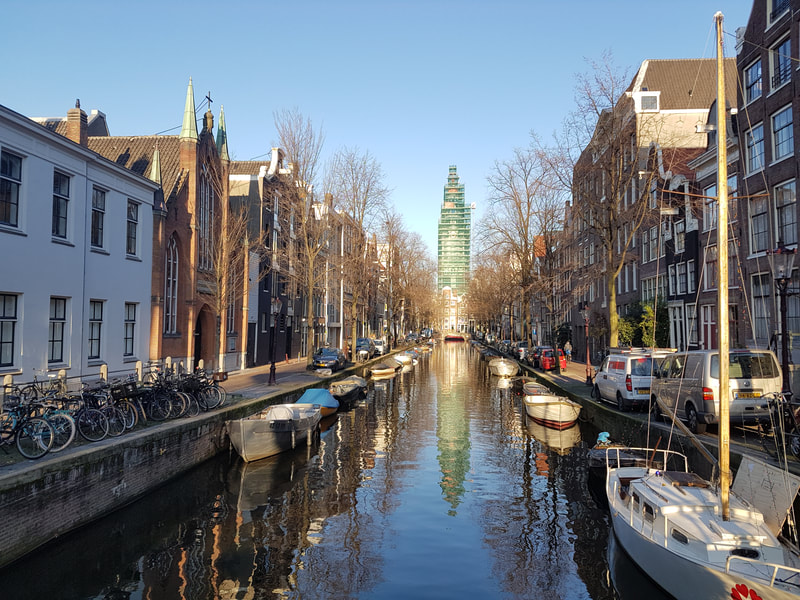 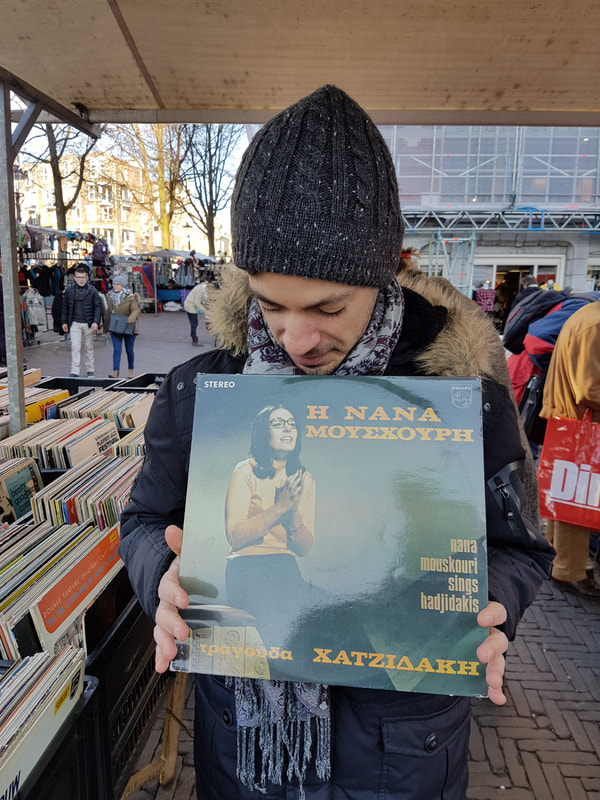 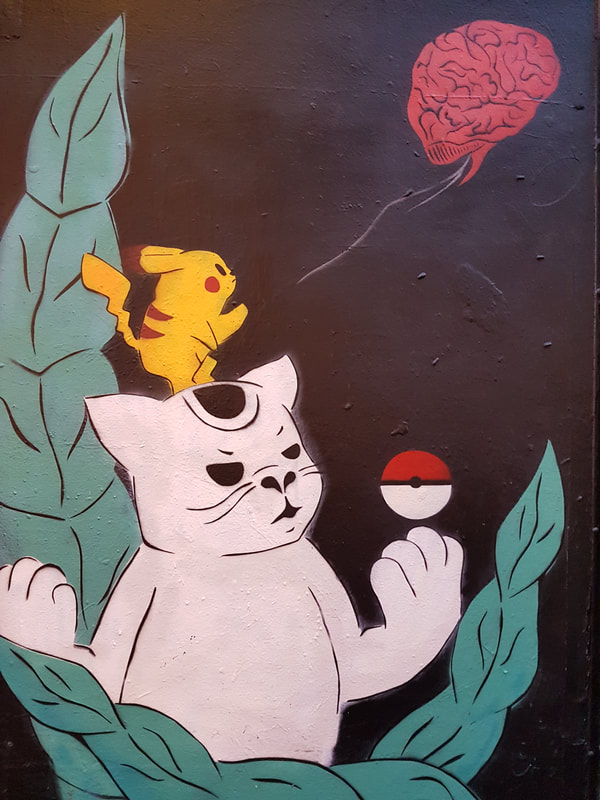 On Sunday we returned to the Museum Square to visit the Van Gogh. Paying attention to it, it's a glorious building (designed by Gerrit Rietveld and Kisho Kurokawa) that contains the world's biggest collection of Vincent van Gogh's work. We're talking about ​200 paintings, 400 drawings, and 700 letters and after this paragraph I feel a bit smarter.

Before that, we snacked on a medium sized puffy cookie-like pastry (picture below), whose name I cannot remember and I am more disappointed than you are at the moment. It was a whole lot of flour and a bit tasteless.

Anyway, walking through the old shops and pop up stores, we stopped by a Bagels & Beans restaurant. A tuna burger in a crispy bagel, melted cheese and chopped onion was, hands down, the most delicious thing.

On our way back we ended up on the Max Euwe Square where the Hard Rock Cafe is located among other things. In that square there was a big chess board where I dreamed of how my picture would look like.

It was very crowded.

Enter the Vondelpark. It's a whole new world in Vondelpark and it consists of 120 acres of nature that includes lakes, tree houses and sculptures.

For our last night, we reunited with a friend who was (and still is) living in Amsterdam and knew exactly where to take us.
She took us at the EYE Film Institute at the​ Overhoeks (which was closed at the time but its restaurant was open). We crossed the river on a boat - nice experience - and landed on the isle. We tried the traditional bitterballen (picture below) which are basically meat balls with flour for a thin layer of crust. Overhoeks is a whole new experience and there...

There... we found one more I Amsterdam sign, with no one around. No one. And we enjoyed it a bit too much.

Then we crossed the river again and visited a pub. 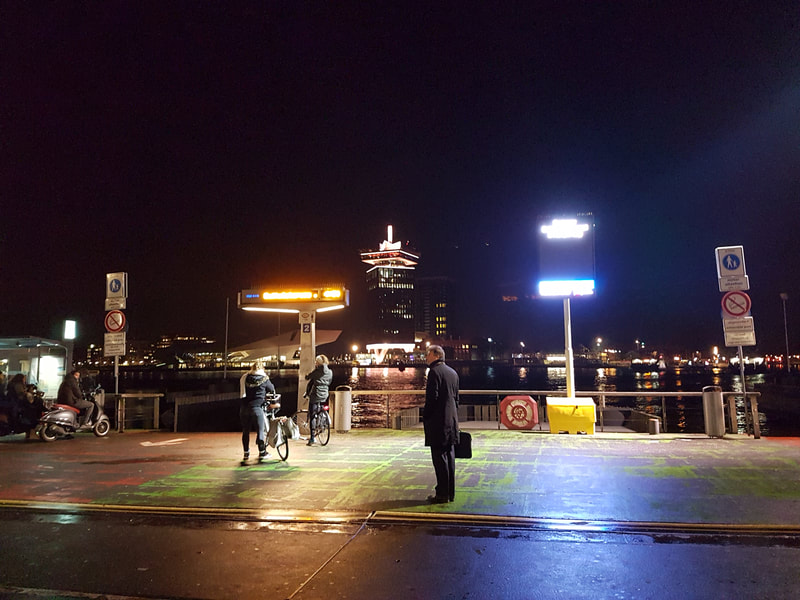 And that was pretty much our trip.

So here's what I learnt:

Amsterdam is not the parties and the fun and the coffee shops. Amsterdam is the art and the art is in every corner.

PLUS: We did walked by Red Light District but we shall not talk about that.

​This is the song pick: