I feel like I should say that I have been to Athens more time than I can count because my sister was studying there. So when I decided to return to it 9 years after my last travel I knew I didn't want it to be the usual "Tourist goes to Athens" travel. It was a last minute decision and I only stayed for, like, a day and a half.

Let me be clear, I was never a big fan of Athens, nope, certainly not a fan. But I do admit that when you stand in that square, full of people, full of life, full of lights, you can't help but smile.
That, is really not one of my best pictures, but I guess you get the feeling of it.

And because I'm a wild party animal (I'm not), I was not too tired to go out for drinks (I was) and I always say yes to the possibility of Tequila shots.

We went at Spinster and it had good drinks, few people and neon. Now that's a dreamy compilation.

The next morning had some shopping but the real highlight was the bar I met my friend at, after I was finished. It was a cozy little bar called Omikron which has now reopened as Rabbithole. It's a nice little gem tucked away in an alley near Syntagma Square. Wood was everywhere in thar bar and its small yard even had a big tree brunch going up (see gallery). I can't really review that one - I don't know how much it changed with its reopening.

We walked around the city center, with Acropolis and Parthenon on our far end. The vibes you get from this city are unique, you have to experience it even once in your life, and let me remind you that I'm saying this while still not being a fan of Athens. 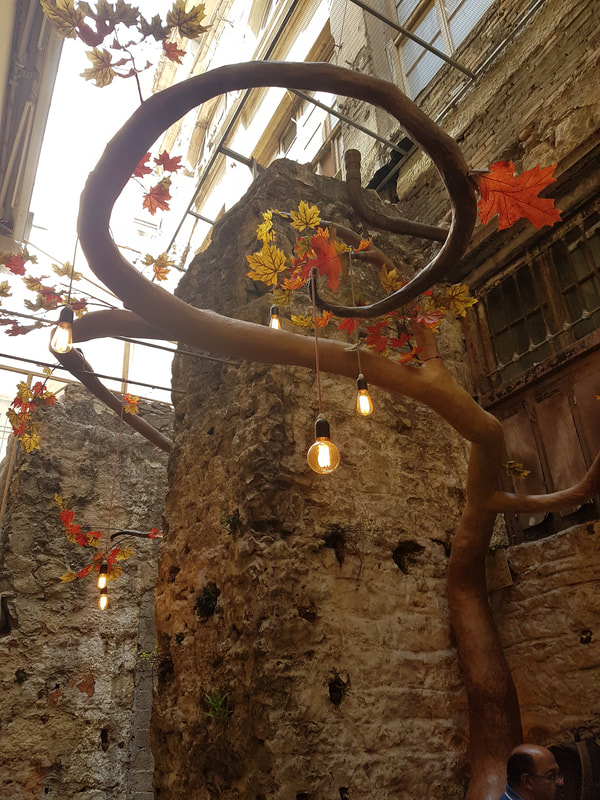 Later on, the real surprise came.

Six D.O.G.S. is the thing. A huge yard with wooden tables, nature, a huge wooden bar, a swing (if you're feeling playful), great drinks and the most amazing staircase with colorful lights (the picture at the top). Here you can eat or drink, we drunk of course and I fell in love with this place almost instantly.

Sunday morning and we only had half a day before I had to go the airport. I had to visit a bar that oversees the city and with the Acropolis as a view, I had to. We walked through the Flea Market that you just have to experience as well. So many people, so much noise, so many interesting things to see (and / or buy)..

We had a quick lunch at Couleur Locale which was exactly what I wanted. Great view of the city, and Acropolis right across of you. Cool air, good vibes and a very delicious toast for breakfast (if a bit overpriced, but okay) in a roofless cafe / bar. Yeah, I like it. 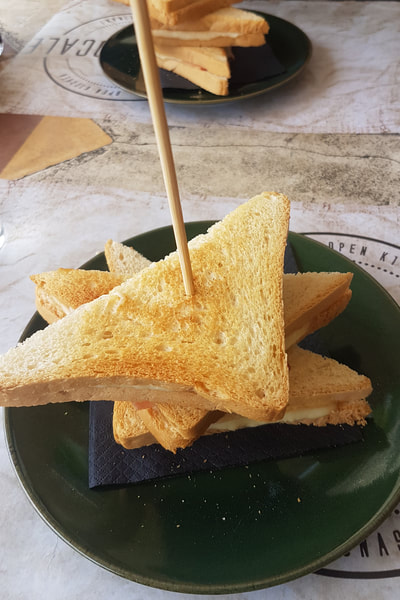 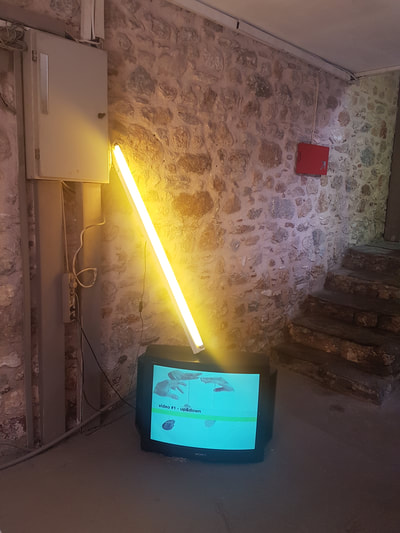 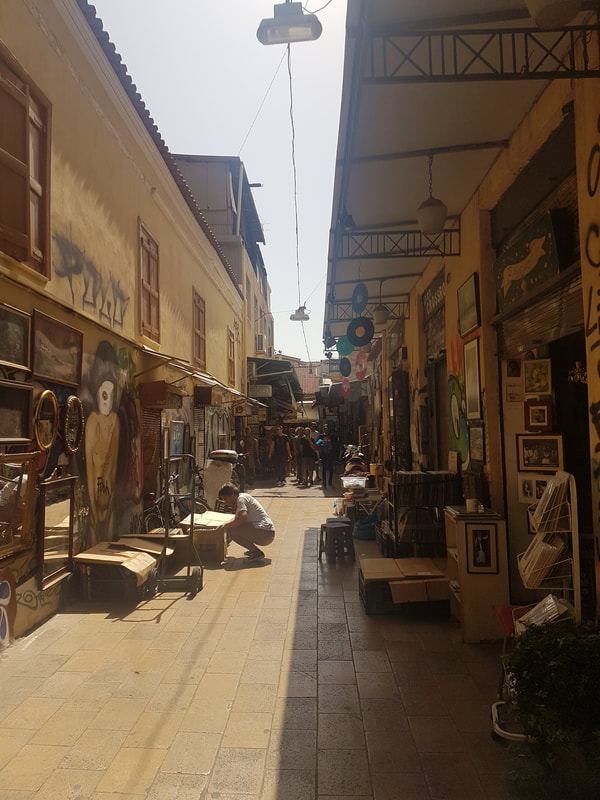 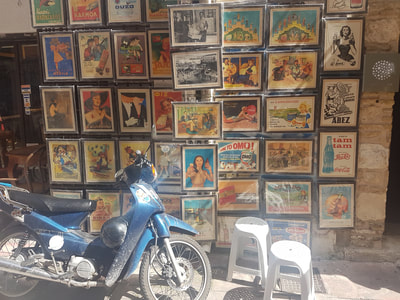 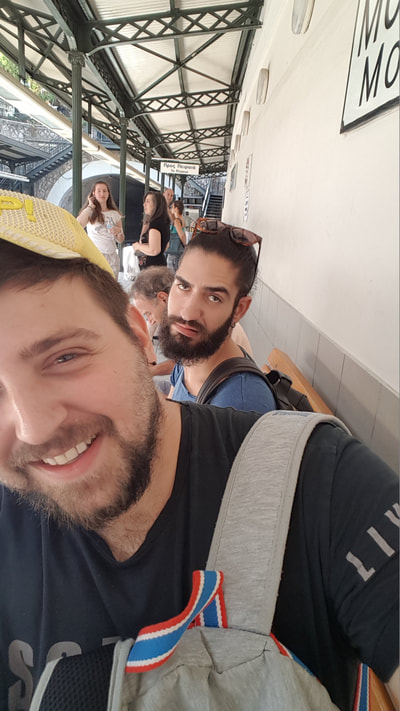 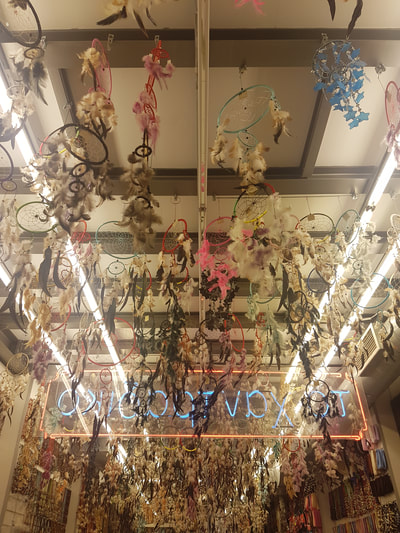 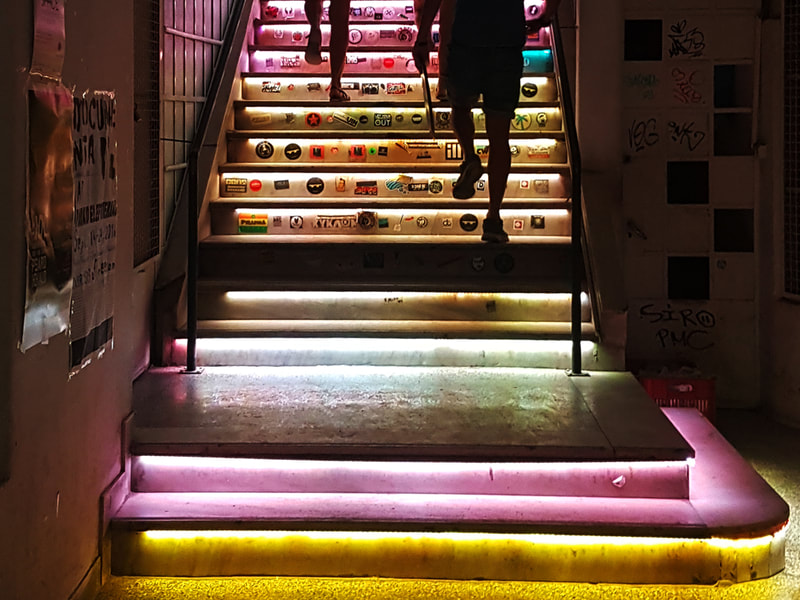 One last stroll in the alleys of Monastiraki and of course we suddenly had a mission.

But let me start from the beginning:

After Couleur Locale I went for some shopping at Monastiraki because I can never say no to souvenir shops. I gave out a €10 bill and they had one of those counterfeit money detector. They run my €10 bill through it and it beeps. Yes it beeped and I have no idea what is happening or where should I hide from embarrassment. Eventually I paid with my credit card and realized that the €10 bill was genuine but it was almost entirely faded out and all the characteristics that proved its authenticity were almost entirely off.

Now I had a €10 that everyone would think its fake and no one would accept. Blerg (Favorite expression from "30 Rock", I use it a lot).

Okay, suspense. After all the (minor) drama at the souvenir shop, Jesus and I stopped by a store with really, really cool T-Shirts with hand made prints on it. We spent about half an hour in there with him trying T-shirts etc and we actually started conversing with the store owner who was a really polite and charming young woman.

I will close this story here because you know how it ends and I still feel a little bad and I'm pretty sure that next time I visit Athens I will go on and buy five T-shirts from her out of guilt, but it was honestly not a fake bill. It was not.

EDIT: Okay, I was informed two years later (thanks mom!) that banks accept the faded bills, everybody calm down. 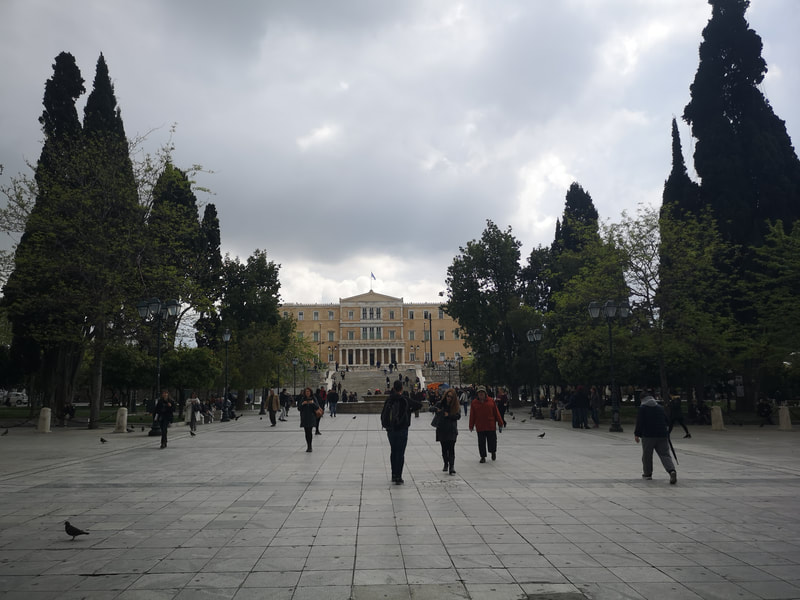 Fast forward a few years I returned in Athens for a few hours and a load of photos. So, to summarize, 360 Cocktail Bar offers the most amazing, panoramic view of Athens. You can clearly see Acropolis with Anafiotika and Plaka right below.

Then you have to visit the Cafe at the Garden of Numismatic Museum. Yes, that is literally its name in Greek and it's a beautiful little paradise where you can enjoy your coffee between plants and trees.