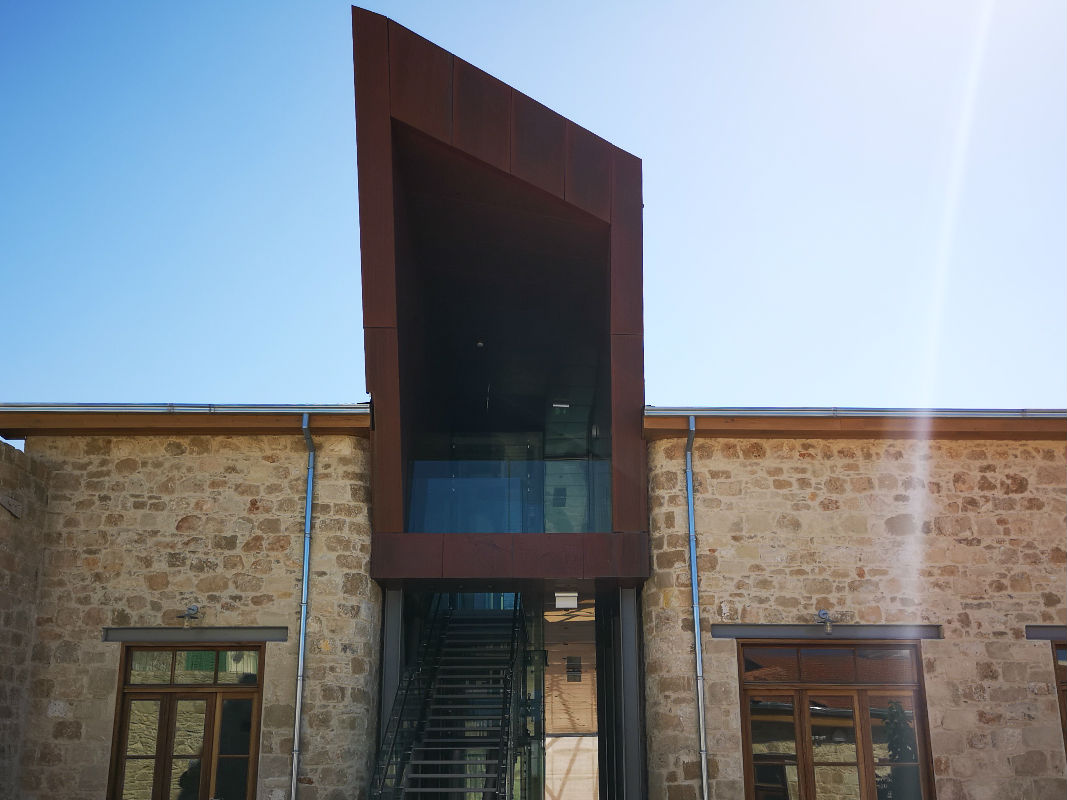 I am born and raised in Nicosia, the capital of Cyprus, which is around 1 hour and a half away from Paphos. Long story short, I never go to Paphos. On early July 2018 we were planning on going to Paphos because my nephew was going to the army so, yeah, I took advantage of the opportunity.

We dropped him off and waited for him to go in. Some jokes, some pictures, a lot of sun (heatwave, global warming), we cried a bit and said goodbye and now we were off to discover the new old city. I say "New Old City" because the Old City was being renovated and modernized. It's now a giant pedestrian zone with stores that fit in the concept of the modernized old city. 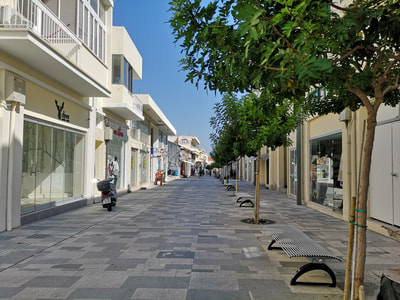 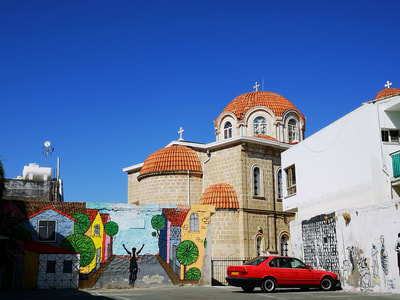 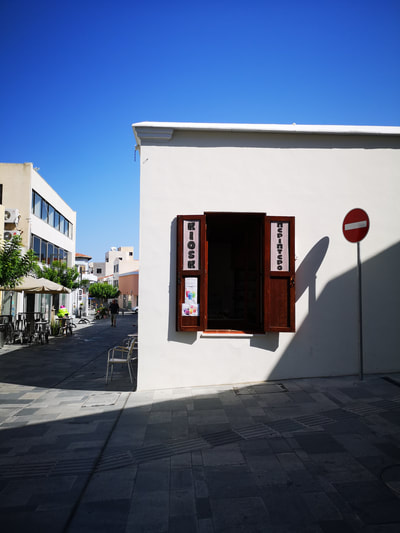 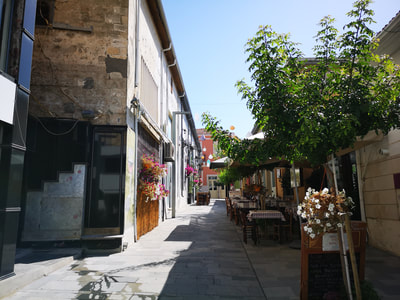 It's all very minimal and tidy and clean with small bits of color here and there. We visited the renovated part before it was completely finished so some stores were still empty. You can tell, though, that when its all done, tourist will be everywhere in this place. I'm even a bit tempted to return summer 2019 just to walk around at night.

Ibrahim's Khan differs from the rest, architecture-wise. It's stone build with modern touches and right outside its entrance there was a wall-sized crochet installation from Peace2Peace. That's a group of women from various ethnicities that meet and co-operate to create such installations in public paces. Moving on you find a tunnel filled with souvenir shops from one end to the other, which was right by a cool cafe named Hovoli, that has maybe the most instagrammable wall in the whole area. We're talking about a giant corner wall covered in plants and flowers (gallery below).

At the end of the pedestrian zone it was clear that more space was going to be renovated but what we'd seen so far was charming. The view from the balcony at the end of zone was refreshing, the sight of the ocean, the new city... everything, really. 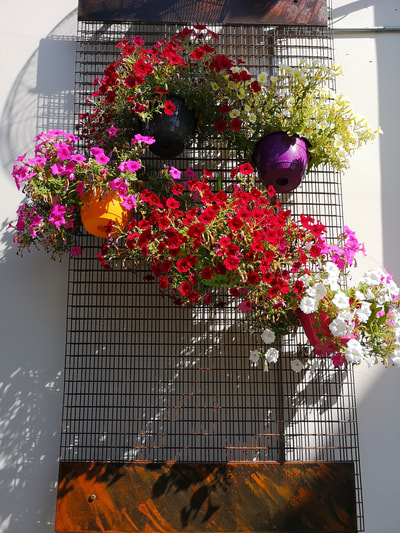 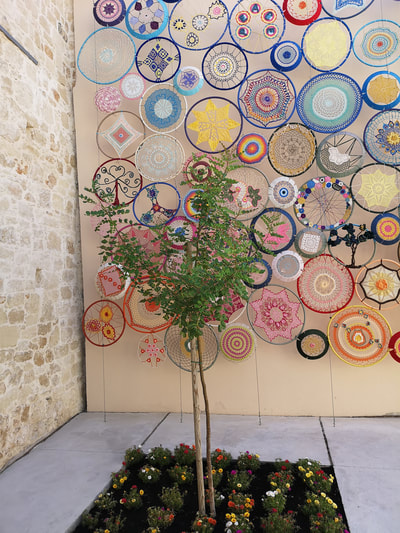 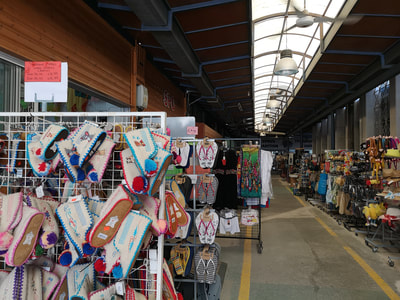 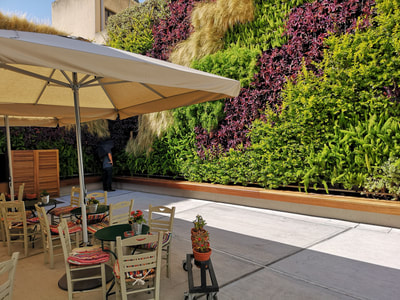 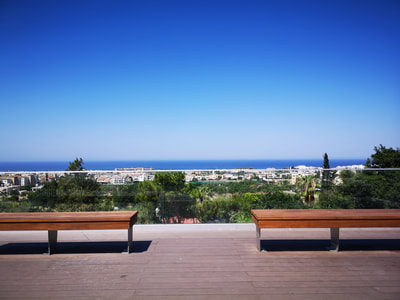 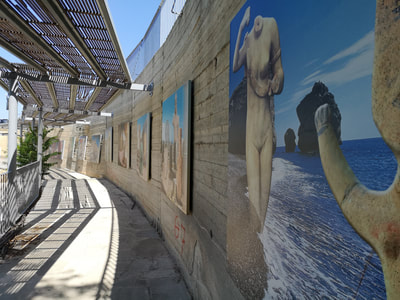 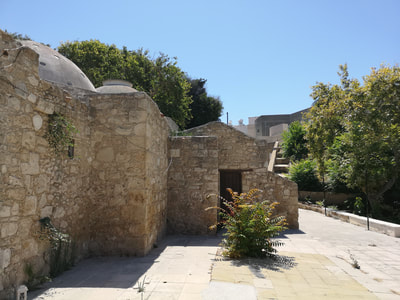 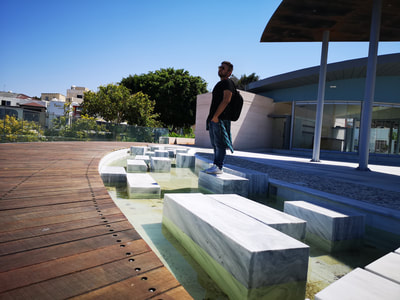 What's so fascinating about this whole stone and concrete zone they built is that they put flowers and green wherever they could and that's what makes it so beautiful in the eye.

We visited the Ottoman's Hamam which is right next to the pedestrian zone. Cool fact, Cyprus's history is painted in canvases that are set on the wall from the stairs and all the way down to the old baths (pictures above). There was nothing else to see, honestly so we went up again to the the New Dioikitirio Square. It's all a great big balcony overseen the new city, with a small pond with big marble blocks in it that create a nice setup.

So that was the New Old City of Paphos for you. It can be the hotspot for tourists with everything: cafes, restaurants, shops, picture-perfect spots, souvenir shops, everything.

Sis was driving and after half an hour of getting lost in the city we hit the highway. We had a CD with old Greek songs made just for this roadtrip and oh boy it was fun.