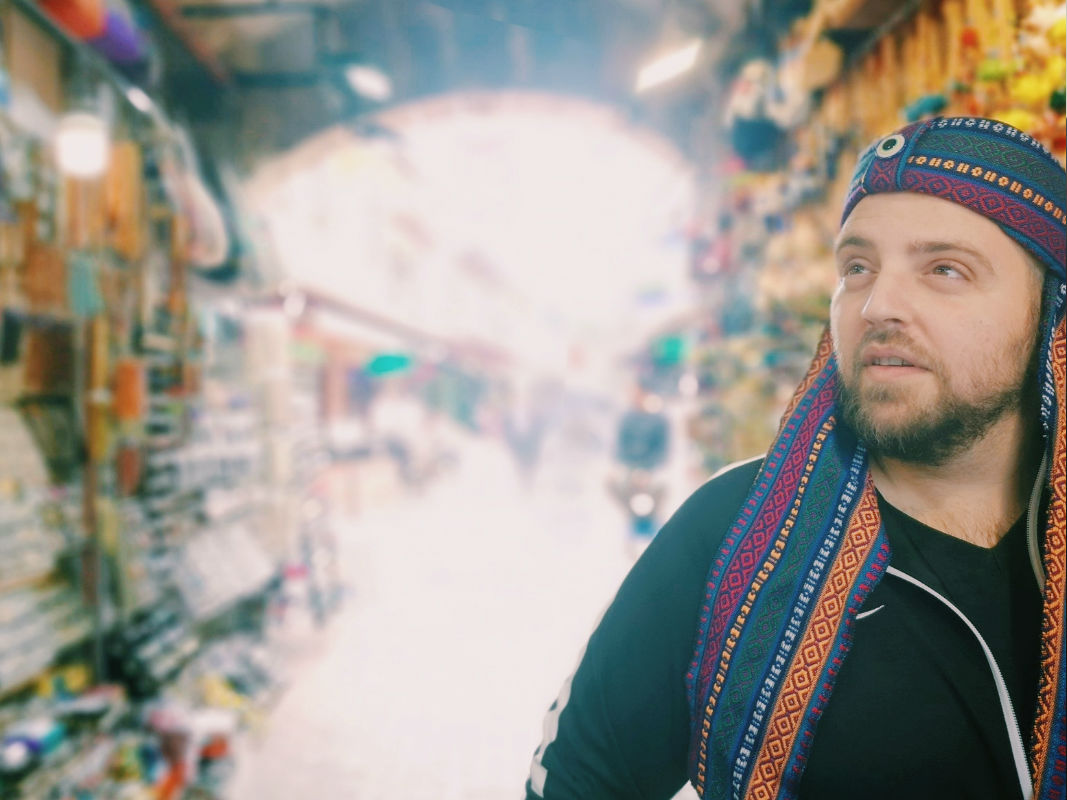 From Ephesus to Kusadasi

For the first in my life I went on a cruise, part of a press trip with Celestyal Cruises. I simply loved Kuşadası because of how different it was to the rest of our destinations.

The name Kuşadası comes from the Turkish words kuş (bird) and ada (island) because the shape of the island, when seen from the sea, resembles the head of a bird.  It was known as Ephesus Neopolis during the Byzantine era. We visited the resort town in order to get to Ephesus, which is three kilometres southwest of present-day Selçuk in İzmir Province, Turkey.

When you arrive at Ephesus you come across small stores with traditional products (hence the headwear in the main pic) and if you're good at bargaining you come out a winner, not that the prices are very high. In fact they're quite low to the point you feel bad for bargaining. Nevertheless, I had fun.

Inside Ephesus you basically see an ancient Greek city. 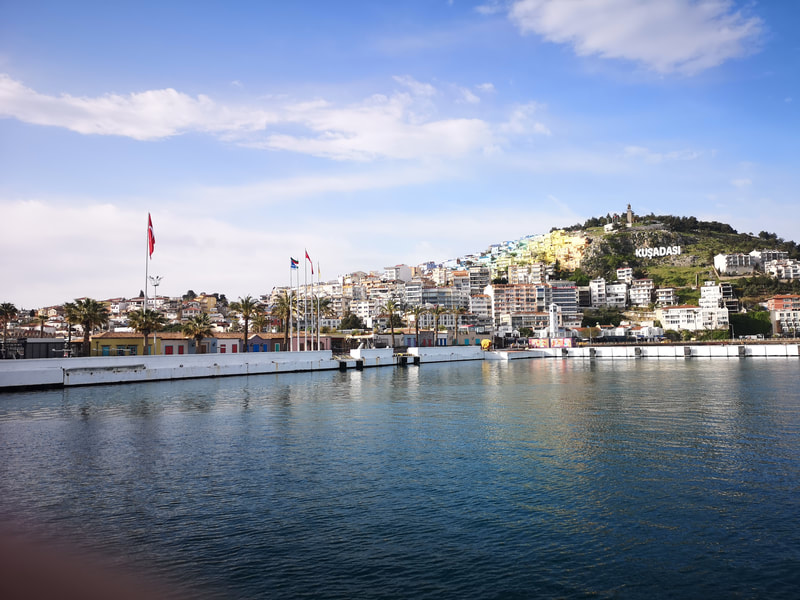 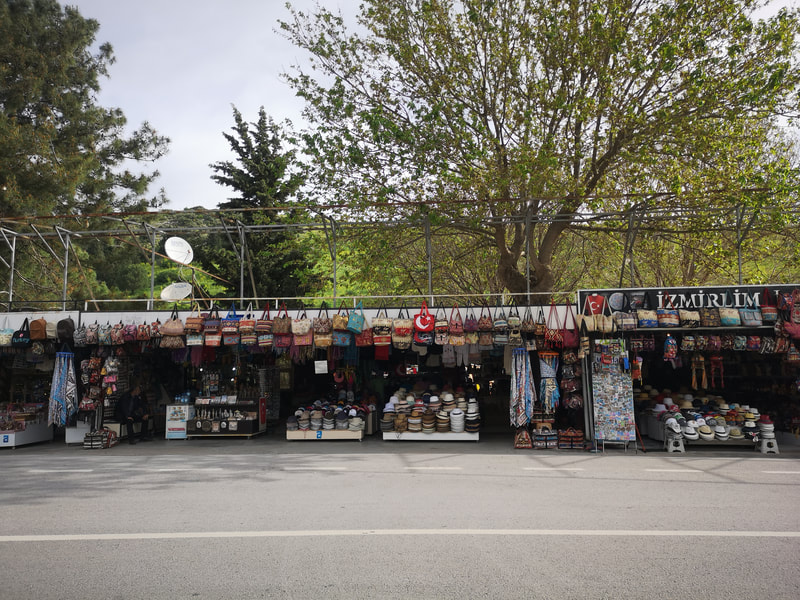 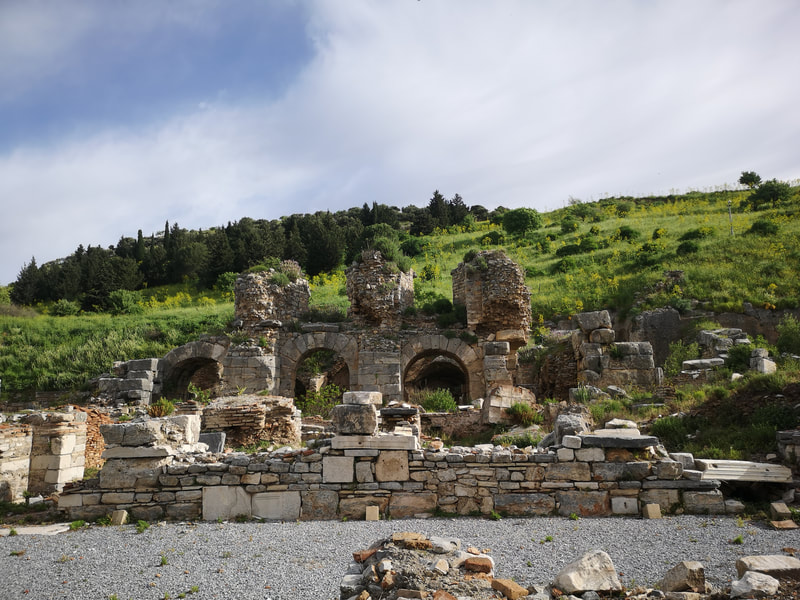 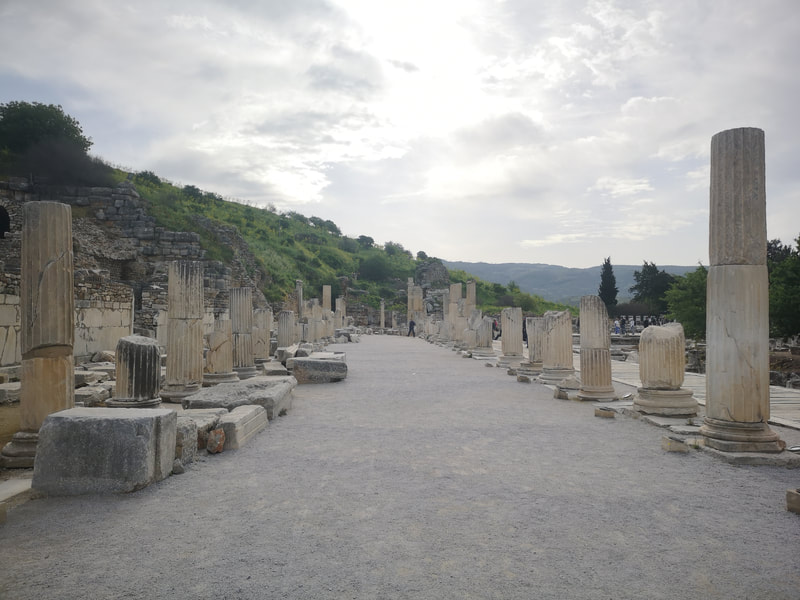 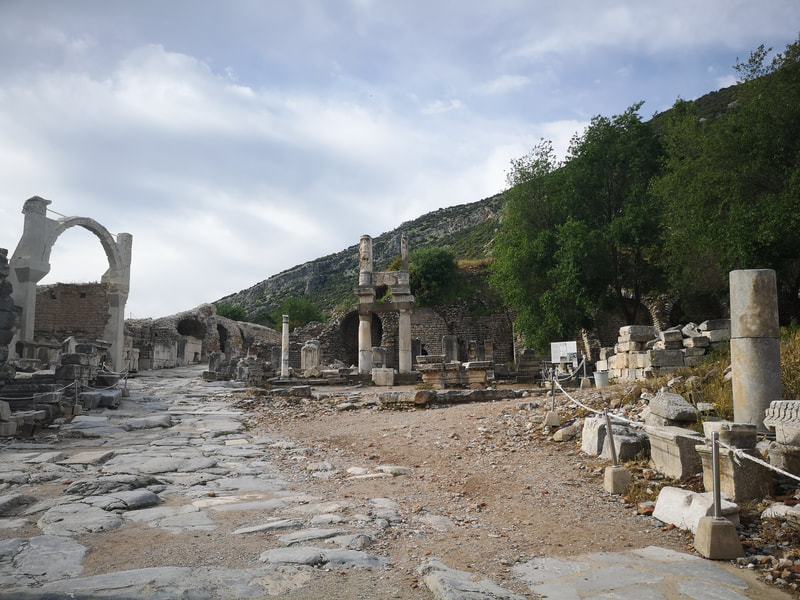 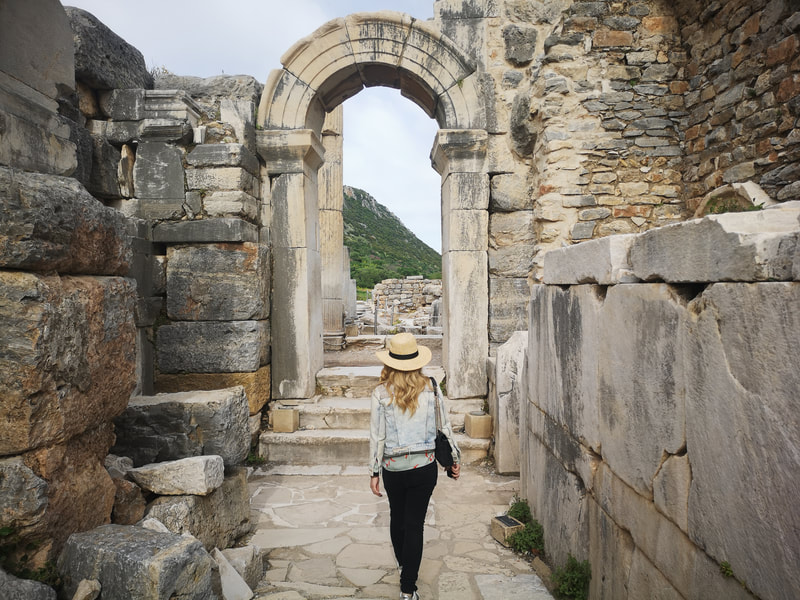 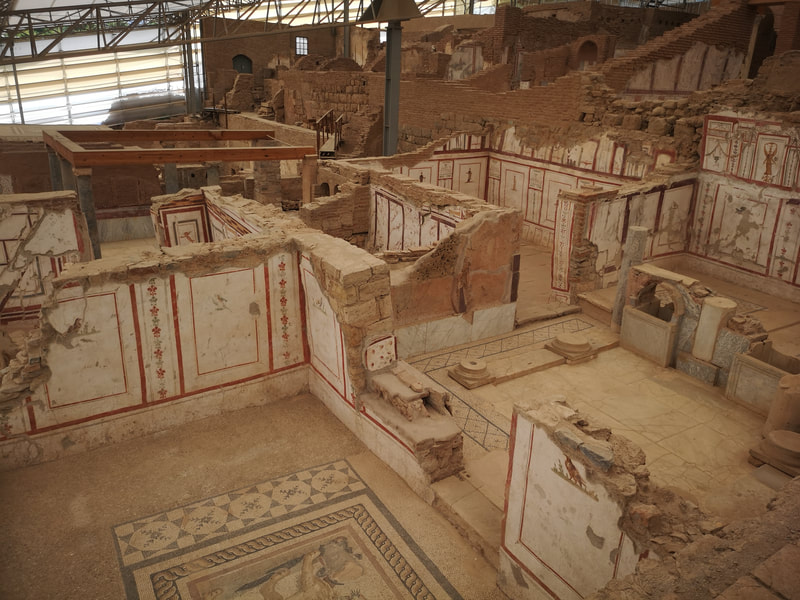 You see ruins of baths and the amphitheater, and even a stone carving of Nike. Everywhere you look, you see the remains of Greek history and its very obvious at every stone that there is around. The city was destroyed by the Goths in 263, and although rebuilt, it was partially destroyed again by an earthquake in AD 614.

Ephesus is also believed to be the city of the Seven Sleepers, who are considered saints by Catholics and Orthodox Christians and whose story is also mentioned in the Qur'an. According to their story, they were persecuted because of their monotheistic belief in God and that they slept in a cave near Ephesus for centuries.

A few minutes in, you come across the terrace houses which are closed in a modern structure and are the houses the wealthy people of Ephesus used to live.

The theater is believed to be the largest in the ancient world with a seating capacity of 25 thousand. In Ephesus there were, also, two agoras, one for commercial and one for state business and had many bath complexes built at various times while the city was under Roman rule. 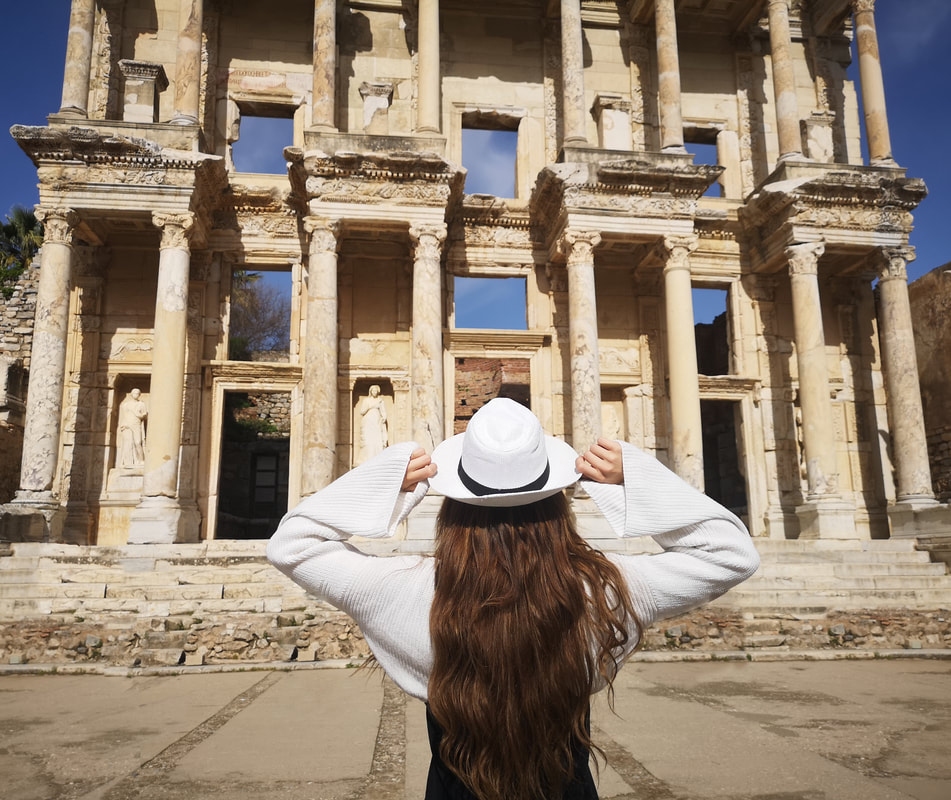 On the picture above we are outside The Library of Celsus. It was originally built circa 125 AD in memory of Tiberius Julius Celsus Polemaeanus, an Ancient Greek, who served as governor of Roman Asia in the Roman Empire. Celsus paid for the construction of the library with his own money and is buried in a sarcophagus beneath it. The library once held nearly 12,000 scrolls and is facing east so as to make most use of the day light. Interesting fact, the facade of the library has been reconstructed using its original pieces.

Right outside you once again come across a small market and a very interesting ice-cream that a man dressed in traditional attire hands to you after some exhausting games with the cone (they hand it to you, then take it back, then hand it back then pull it back again... don't ask). 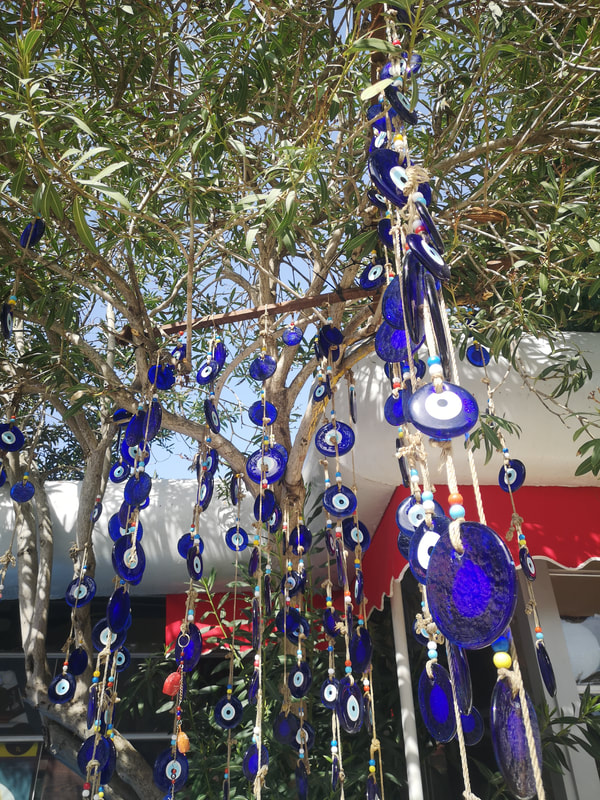 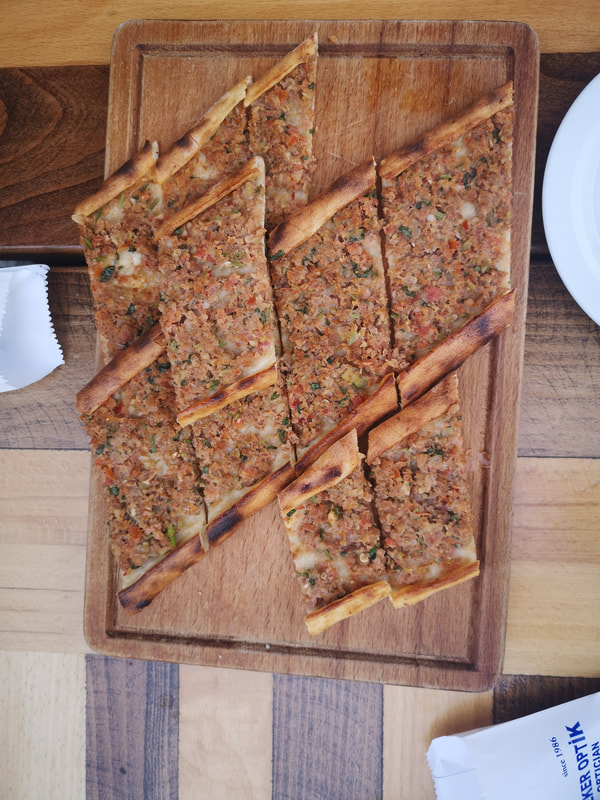 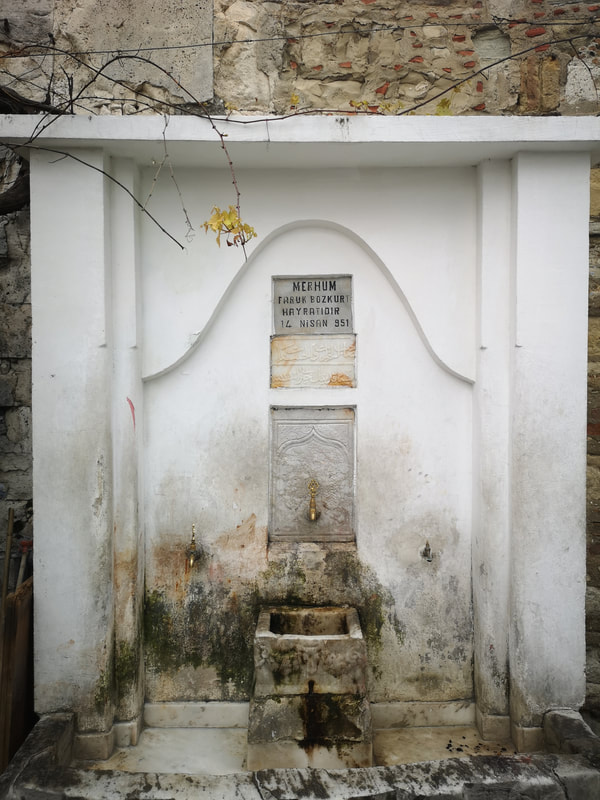 We returned to Kuşadası for some strolling in the agora. Temptation is everywhere, friendly people, cheerful people trying to get your attention, you will buy stuff, that's for sure and it's okay.

If you have time to stop for a bit, try a very, very delicious lahmajoun at Center Cafe & Bar. Frankly, one of the best I've tasted. Fan fact, did you know lahmajoun is also called Armenian Pizza, Turkish Pizza, Lebanese Pizza and Syrian Pizza? It's basically pizza with minced meat and minced vegetables, herbs and spices.

All in all, Ephesus looked Greek to me (pun intended) and I loved every bit of Kuşadası, even though it only worked as a brief stop before our return to the ship. Give it a shot, Ephesus is full of history and, well, Kuşadası, is a resort city so...

It was a three-days cruise and, as you know, I talk a lot, so it was impossible to write about all the destinations in one post. I broke it down to five posts that you can find in their respective pages (Mykonos, Patmos, Santorini, Heraklion)

Now, a few months ago I came across a concert of Elton John in that amphitheater in Ephesus so, I couldn't help but run "Your Song" in my head as I was walking around the ruins.